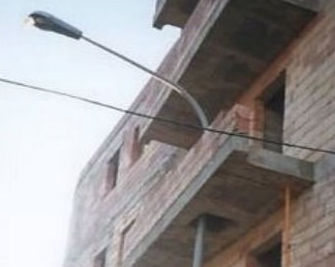 It can be a daunting task when finding out how to fix a code violation in Miami. It got the team here at Fix my Code Violation thinking... has anyone ever been in such a rush to correct their Florida building code violation that they are willing to hire just about anyone? If you've ever been annoyed when you see a slightly misplaced floor tile or ever moved into a new home only to find out that someone installed the power plugs in unreachable places, then the answer is YES! Here at Fix my Code Violation we have seen some major infractions when it comes to violating Florida building codes. As resident experts on how to fix a code violation in Miami, we've seen a wide-range of issues from entire home tear downs to minor violations like installing a window that is too small. This brought on quite the discussion here with the team at Fix My Code Violation.

As contractors, architects and building code violation specialists it's easy to forget not everyone thinks like us. The fix my code violation team members decided to take some time to find out if there was anything truly out of the ordinary out there. Yikes! What we found goes passed building code violations... it's just plain wrong! After seeing these poorly finished construction decisions you'll second guess hiring just anyone to complete your next project.

1) That spark you felt could have been chemistry... or it's the electrical wiring in the shower... who knows?


3) If you build it diagonally no one will notice. It's a #facts.


4) This contractor hated paperwork. So he wished it, so shall it be.


5) Not sure where this is but they must hate bikers. Maybe they just haven't heard of fines or violations? Or possibly even tickets?


6) There's are a lot of restrictions and a lot of Florida building code violations when it comes to fencing. That's probably why this family decided to play it safe and get rid of the fence all together.


7) Stairway to FINES! My favorite song.


9) This, ladies and gentleman, is what a proper building with zero building code violations looks like.

Business Permit Delays
A Year in Construction: 2020
DERM Approved 99% Grease Trap Efficiency Specialist in Miami
Hilarious building fails from experts on how to fix a code violation in Miami
Miami: Pillar of Construction and Hospitality